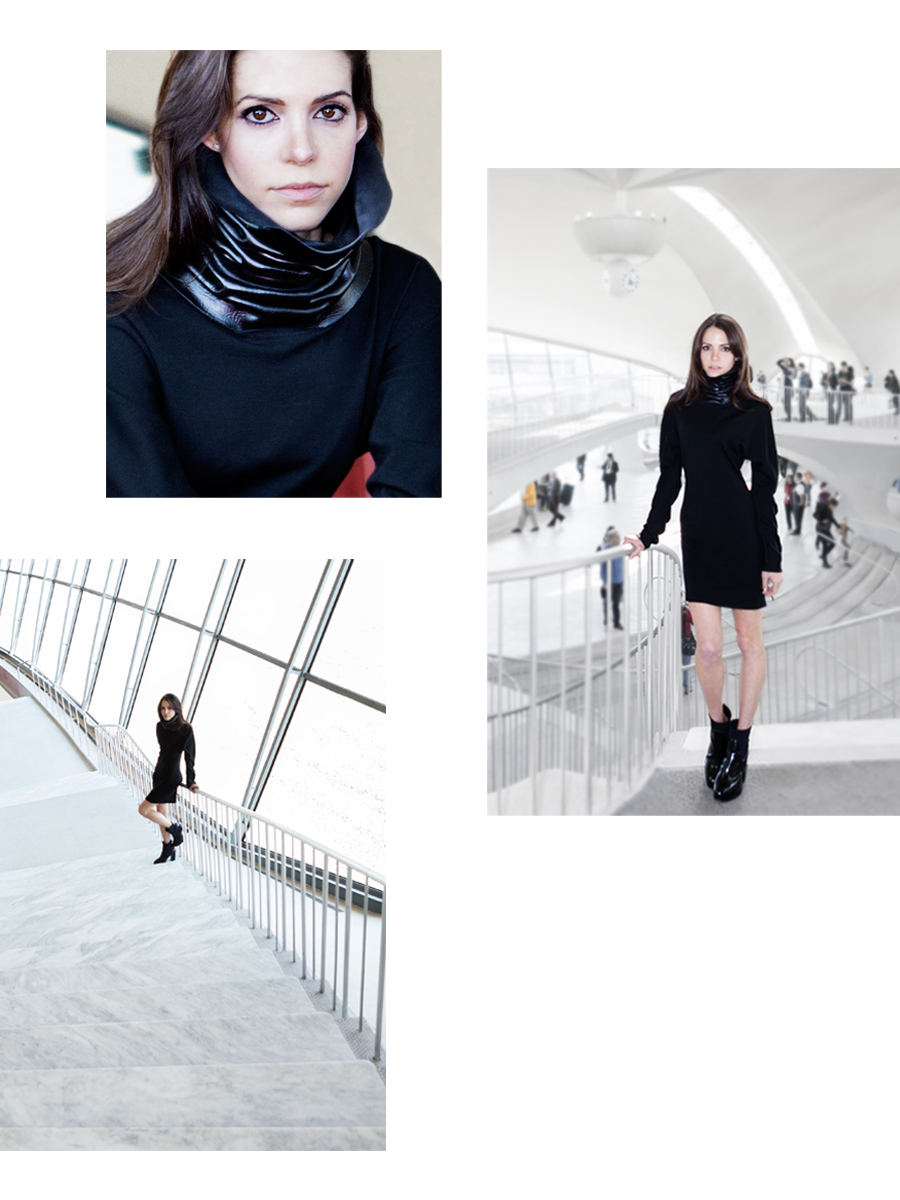 It is a precious moment when something that you’ve studied in the past is right before you. This weekend I had the chance to visit Eero Saarinen’s TWA Terminal, considered to be a masterpiece of expressionistic architecture. One of the most influential buildings of its time, the terminal was designed to express “the excitement of travel.” Saarinen’s humanistic approach was that “each building should be as distinctive as each person should be.” Although this cavernous space has remained shuttered and barren since 2001, its soaring lines and beautiful curves cannot help but evoke feelings of hope and movement towards the future. The timing could not have been more perfect to discover the designer Eleen Halvorsen. Her line too is expressive of the materials in which they are made and those for whom they are created. This dress is at once soft and sculptural yet dark and rigid with its molded leather collar. The dichotomy of the clothing, of the space pervades, a vulnerable moment when something new and exciting lies ahead, where you could simultaneously soar into the sky or plunge into water. Futuristic forms awaiting their next incarnation.